Email to us Link to Facebook Print
Text Size

Families are the basic units and foundation of a society, and it is the ideal for many people to build a family with their partners and have children together. However, marriage can crack for many reasons, some time to a point that it becomes irremediable. According to the survey by the Census and Statistics Department, divorce cases increased every year from 6,295 cases in 1991 to 21,157 cases in 2019; nearly every one married couple in two ended up divorced. When the mother of Chun (alias) separated with her partner, she had to take care of Chun and his younger brother, who were young and had special needs, all by herself. It was a difficult experience and thanks to the support from “Love-athon@Home’, Enhancement Project Supporting Children from Divorced Families of The Salvation Army Kowloon City Family Support Centre, the mother and sons found their way out from the pain, restored their family bond and made a new start.

Family broke apart due to differences in parenting approach

Due to the differences in parenting approach, Chun's mother separated from her husband in 2018. At first, she thought she could play the roles of both mother and father, but the boys had emotional issues one after another. Chun, the older son, was full of rage and did not trust others due to his father's abuse and abandonment; his younger brother, who did not experience these directly, missed his father and thought that their father left because Chun was not being good. Their difference in attitudes towards their father has made them argue a lot and blame each other. They did not open themselves outside and lashed out at their mother when they got emotional, causing a lot of conflicts and quarrels among the family. Their mother was particularly stressed in taking care of them, and she felt guilty and regarded herself as a failure because it seemed that her decision of having a divorce has hurt the boys. The mother and sons were in great tension, finally leading to a breakdown of the mother, who felt so hopeless.

When a friend first suggested Chun’s mother to seek help from The Salvation Army, she did not take action, thinking game therapist was just for fun and could not actually solve her family issues. As time went by, the atmosphere in the family has become so bad that she was finally willing to give it a try, bringing her children to join the project. Together they started the journey of healing family relationship. The social workers from the Programme recalled that when they first visited Chun’s home, they found the atmosphere was unsetting. Chun was nervous and alert to the presence of the social workers; he showed contradicting emotions – he wanted to make contact with social workers and he shouted at them. As for Chun’s younger brother, he has bottled up so much rage and was unable to relieve it.

Through game therapy, the emotional health of the brothers has improved a lot in less than 6 months. Through games like roly-poly toy games and role-playing, social workers guided the boys on how to handle their sentiments towards their father and to relieve emotions. Chun became much less impulsive and regained confidence. He has even become a well-behaved class monitor at school, with his performance recognised by teachers. For the younger brother, at first, he just vented his emotions by punching the roly-poly toy during the therapy sessions, and later he had great improvement in emotional intelligence and became willing to share his thoughts with social workers. Both of them have learnt to respect and accept each other’s opinions, and they argued much less afterwards. They have also built great trust and bonding with social workers, who have become their friends. Social workers also helped Chun’s mother to re-evaluate her relationship with her ex-husband and the change in her role as a carer. They helped her to work with the relationship with her sons and get rid of the guilt. The wounds of all three healed gradually and together they moved forward and adapted to the new family life.

“I am grateful every day for being able to greet each new day with my sons. If there hasn’t been the guidance from The Salvation Army, our family may still be living in a plight today,” said Chun’s mother as she looked back to the old days. She was gratified for her decision to accept help from The Salvation Army. Now the brothers have started to build connections with the outside gradually, and the mother has found confidence and courage for the future. This is not an easy process and is ‘a miraculous transformation’ according to the mother. “We three are family and we are one,” Chun says this to his family from time to time, a sign that the three will eventually walkout from the shadow of the family separation. The Salvation Army will continue to walk by their side, supporting them as a strong unit. Together they move forward with courage and create their own new life.

The Programme aims to support children and parents of separated families, by intervening in family situations in a timely manner through professional counselling and outreach approach and providing appropriate support to help them to cope with the changes. By counselling and support services, the Programme works on helping with the emotional and behavioural issues of children whose parents are separated and increasing their self-recognition and self-esteem. The Programme also guides parents on how to help their children adapting the new family changes and to build a positive environment for the growth of their children. The Programme currently provides services in Kowloon City, Kwun Tong, Wong Tai Sin and Yau Ma Tei, and has served over 253 families and 365 children in the past 3 years. In this Chinese New Year, we invite you to join us in supporting the separated families and helping them to heal their relationship. 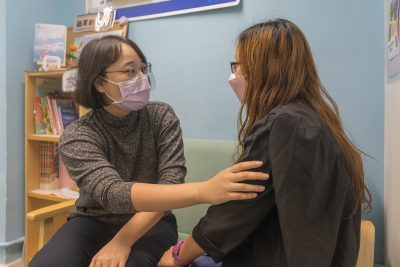 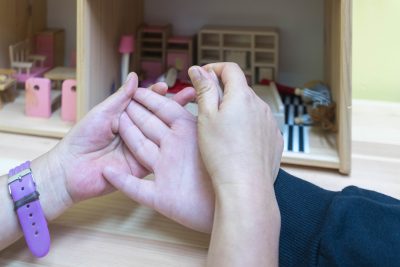